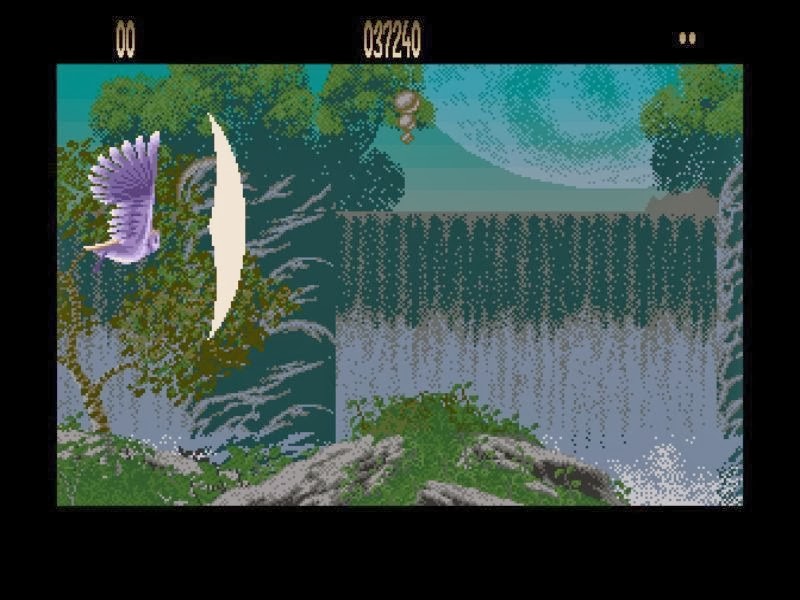 While the presentation in Psygnosis' Agony was undeniably first rate, the game itself landed on the Amiga scene to a somewhat mixed reception, with magazine ratings ranging from a mere 60% (Amiga Format) to a whopping 93% (Generation 4).

The title screen music has to rank as some of the most beautiful the Amiga has ever produced, the level loading screens look absolutely gorgeous even now, and the in-game background graphics are simply stunning.

Unfortunately, the game itself simply doesn't match the presentation. Sprites are poorly animated, the in-game music is absolutely terrible, and the gameplay is extremely repetitive.

Here's Amiga Power's Stuart Campbell, who gave the game a respectable 78%, with the uppers being;


"Absolutely gorgeous graphics, absolutely lovely intro music, calming, addictive, rewarding gameplay, and you can trust it to do what you tell it to control-wise"


"Only six levels, and you'll probably finish them all in two days at the outside (that said, we haven't done it yet!). Utterly, utterly hideous in-game music which you can't switch off"


"Not the most demanding shoot-em-up ever, but relaxing and enjoyable enough to play that you'll stick with it even after you've finished it. As long as you turn the volume down"

If the game's not that good, why am I covering it in today's blog post? Well, thanks to the efforts of English Amiga Board member Turrican3, he's gone to the trouble of not only interviewing Agony developer Frank Sauer, but has kindly translated it from French into English for us.


"This is an interview that Frank Sauer accepted to do. I did the interview in French and I translated the text. I hope I didn't make a mistake.

I hope you will enjoy. If you don't know about Frank Sauer (shame on you ):

To read the interview you'll need to hop over to this thread over on the English Amiga Board.

Turrican3 also tells us that Frank is willing to answer your questions. All you need to do is post in the above thread and they'll get passed on.

Well, what are you waiting for?
Posted by Rob Hazelby at 11:46