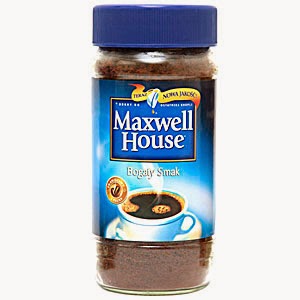 The team over at Remainder Software have either been too polite to say anything or simply haven't noticed that all my recent references to platform adventure Maxwell Mouse have actually referred to it as Maxwell House.

Well, they do say that any publicity is good publicity, and perhaps I've given them and other Amiga users some amusement at the same time.

Regardless, I can only apologise to Remainder Software for getting this wrong. Sorry gents!

Following Remainder Software's recent announcement that a 29-screen work in progress version of the game have been released for public beta testing, the feedback has been coming in thick and fast. The comments seem to have been almost universally positive, with the main bugbear being that the collision detection is a little off. Here's Remainder Software's Graham Humphrey;


"The biggest issue by far seems to be the collision, which is causing some frustration.

I've used Blitz's collision commands but they do seem a bit stingy so I might need to work on using my own collision routines to make it more accurate."

Other players seem to be reporting of control issues which seem to be resolved by aborting the game and then running again. Thankfully Graham was quick on the development updates, and the addition of offering a standard joystick or CD32 controller option at the start seems to have resolved the issue.

Version 1.1 was released on Wednesday (14th) and is available to download from http://maxwell.mikendezign.com/

Updates in this version are:


"I won't be adding any new features to this version. Basically it's a dress rehearsal for the game proper, we built an engine and figured we may as well bolt on a small game to test it out.

There were things that could be improved even before release but it got to the stage where I just wanted it out there.

So basically: the full game will have a different title, a different storyline and some new features, some of which we have discussed even before release and one or two that have been suggested here.

The game will have a different title? Perhaps Maxwell House isn't such a bad name after all? ;)

More news on this as and when it surfaces.
Posted by Rob Hazelby at 12:03