Released on new year's eve 2014, Smurf Rescue was yet another Amiga game produced using Backbone; a games creation system that seems to be gaining some degree of popularity at the moment.

Unfortunately, what started out as a bit of fun and a gift to the Amiga community quickly got nasty as Studio Peyo's solicitors sued the author, hipoonios, for creating an unlicensed videogame of their blue coloured creations.

Remember my crappy Smurf game I made in Backbone just a few weeks ago? "Studio Peyo" (the owners of The Smurfs trademark) have sued me for have creating an unlicensed video game of The Smurfs.

Now I know pretty well that you are not allowed to make unlicensed video games or use others work without permission, but this is just a game made in BACKBONE for a 30 year old computer. LOL... this is insane! I'm sure they don't even know what an Amiga is. And I doubt more than 50 people have downloaded it.

How much do you think I must pay for this? ... (see the attached screenshots)" 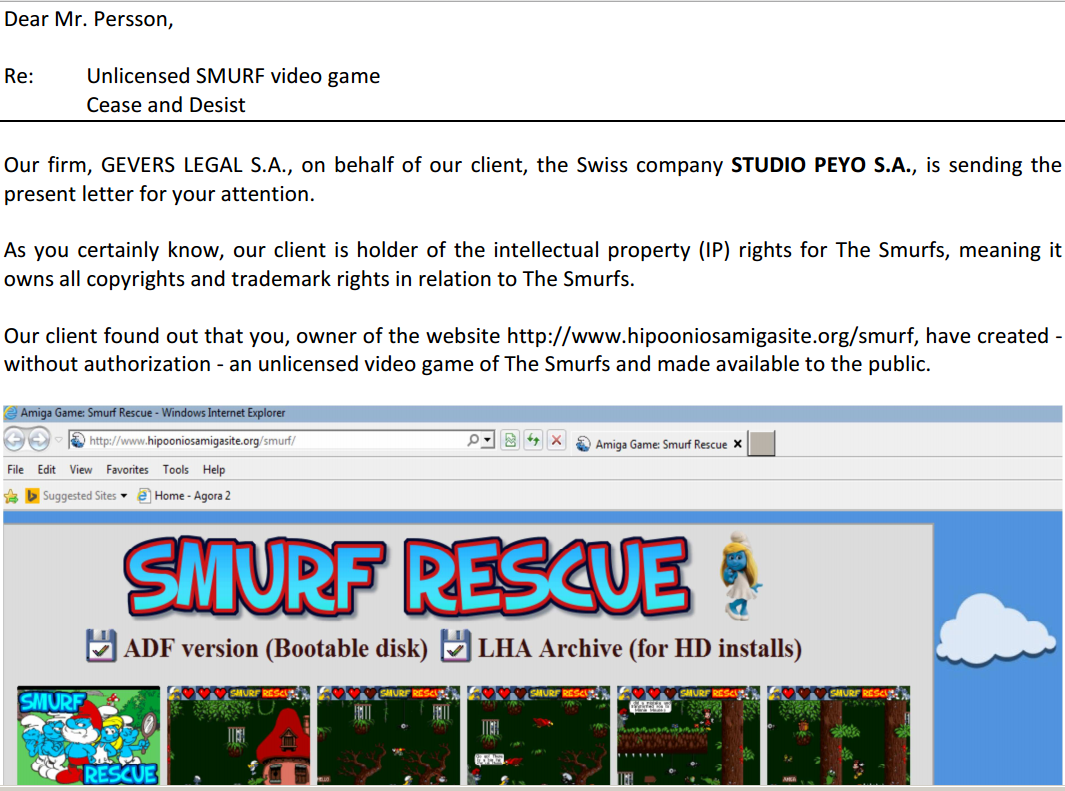 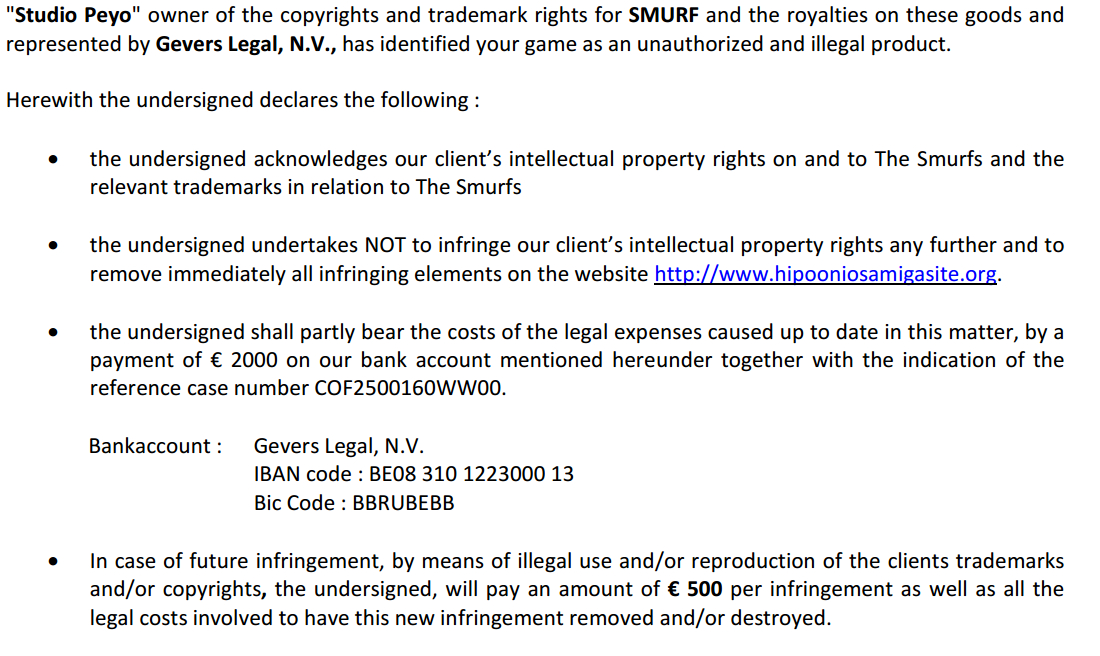 Initially hipoonios assumed this to be a scam, but that was until a huge pile of legal documentation was delivered to his house.

While the game does infringe on Peyo's copyright, you'd think that a simple email to the author asking him to take the game down from his web site would be enough. This really is a case of using a sledgehammer to crack a walnut.

Hopefully this story will have a happy ending and no money will be required to change hands, as this is quite clearly an over the top reaction to a Public Domain game on a computer platform that's not been commercially available for around 20 years.

You can follow the progress of this sorry tale in this thread over on the English Amiga Board.