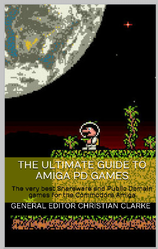 Published in digital form to Amazon, and on the receiving end of some glowing feedback since it was released back in April, "The Ultimate Guide to Amiga PD Games" has been selling steadily over the past three or four months.

During this time a number of people have asked whether a physical release is in the pipeline. Well, it looks like it is. Here's Christian;


"I have submitted the text file to Amazon's Create Space (on demand printing service) so I should be receiving a physical book version to do a final proof read - then it should be available for purchase.

In terms of the price - it is currently £20.99 - I wanted to try to keep it under £20 but I think it is due to the number of pictures and the size of the pictures - Also the book is large at around A4 rather than A5 size - I have also added an honorable mentions section following on from some feedback on games that readers thought should be included - this may go if it has a significant impact on reducing the price.

Will provide more updates over the coming weeks - thanks again to everyone who has bought a copy of the e-book version - I have uploaded a newer edition (1.1) which should be available as a free update and removes some known errors.

Update! Since posting the above, things have moved on somewhat. Here's Christian with a short update;


"Proof Copy of physical book version of our "Ultimate Guide to AmigaPD games" has been ordered and should arrive later this week.

Fingers crossed there are not too many changes to make"

I will, of course, post once the book goes on sale or can be pre-ordered. In the meantime you can keep up-to-date with the book developments by following AmigaPD on Facebook or Twitter.
Posted by Rob Hazelby at 21:23 No comments:

ST to Amiga Conversion of Slap Fight in the Works

Originally released into the arcades by Taito way back in 1986, and subsequently across numerous home computer formats by Imagine Software in 1987, Slap Fight failed to receive an Amiga conversion.

A cracking shoot-em-up with some really neat power-ups, it's a real shame that Commodore's machine was denied a conversion of the game.

Well, it's now possible that an ST to Amiga version may finally surface, as English Amiga Board member StingRay recently posted the following;

"I may create an Amiga port. So far it's fun (protection was pretty useless, though). See screenshot" 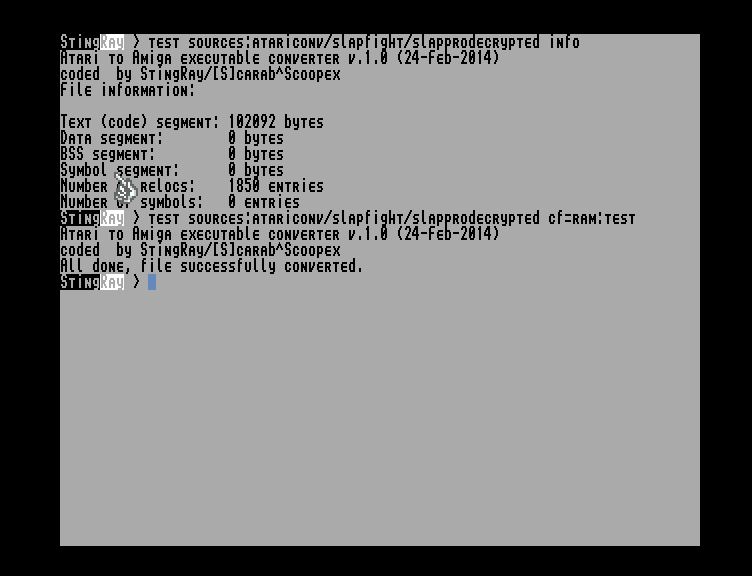 At present this is all the information regarding the project that's surfaced. Naturally, if anything else comes to light I'll update the blog.

In the meantime, check out the excellent Atari ST version below.

(Video courtesy of YouTube user alex76gr)
Posted by Rob Hazelby at 11:02 No comments: