Rick Dangerous The Other Levels - New Game in Development 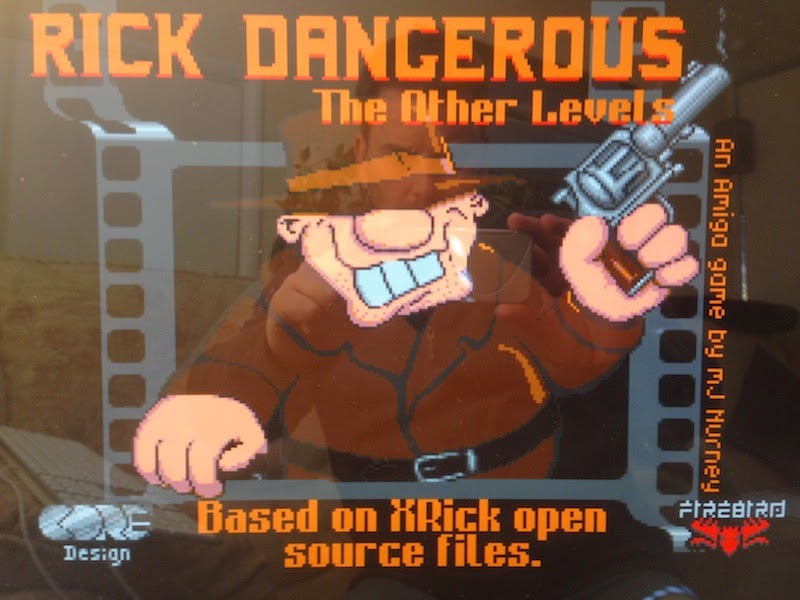 2015 is shaping up to be a promising one for the Amiga game scene, as in today's post I bring news of yet another new title that's currently in development.

Using the Backbone games creation system, "Rick Dangerous The Other Levels" is an unofficial sequel to Firebird's Rick Dangerous 1 and 2.

Presented as a side-scrolling affair as opposed to the original flip-screen method used in the original titles, "The Other Levels" looks to be a more run and gun game rather than placing you in the position of being a laboratory rat, whereby you'd regularly get killed without warning, remember where it was you died, and then progress that tiny bit further on your next go, as Firebird's titles did.

There's clearly a lot more development work required on this title before it can be fully released, but you can see the current dev build in action below. (Note, it's not my reflection you can see in the monitor)

If you'd like to try out an early build of the game for yourself then check out this thread over on the English Amiga Board.

As with all games in development, as soon as details of any notable progress are released I'll post the updates on the blog.
Posted by Rob Hazelby at 08:06 No comments:

Dylan The Spaceman - Coming to an Amiga Near You Soon! 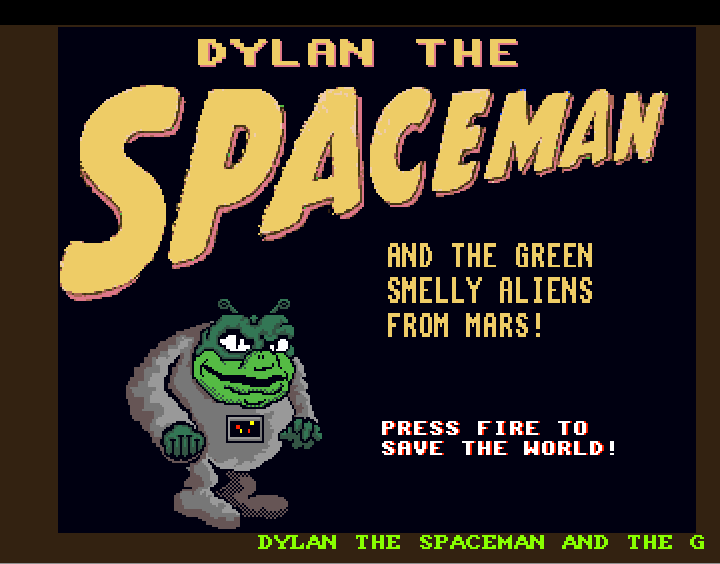 I've been meaning to cover this for some time, but for one reason or another I've not found time to do it... until now.

This originally started out life as a Dangermouse themed arcade adventure, but the subject matter soon changed following the fallout from the Smurfgate saga.

The change has brought with it a set of never before seen characters and environments, and a new mascot to the Amiga platform, Dylan The Spaceman.

Created by Chris Clarke, who is using the Reality construction system, Dylan The Spaceman is a Dizzy-style arcade adventure, where objects collected in one location are used to progress in another.

Chris has been dishing out regular progress updates for the project on his active Amiga PD Facebook page. Here you can check out all the latest work in progress screenshots along with developer notes Chris uploads. 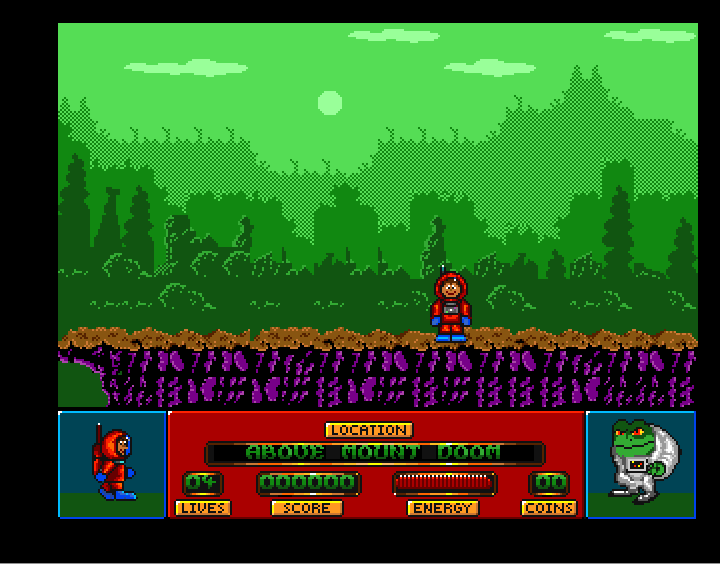 Development of the game seems to be progressing well, and at present the game is pencilled-in for a Summer 2015 release. Chris is keen to get the game up and running on as many Amiga platforms as possible, and a work in progress version has already been successfully tested on the CD32 games console.

This really looks like a game to keep an eye out for, and could be one of the Amiga gaming highlights of the year.

I'll have further updates on Dylan The Spaceman as and when they surface.
Posted by Rob Hazelby at 08:27 No comments:

Programmed by Stephen Crow, and originally released by Bubble Bus Software way back in 1985, Starquake was a fast-paced, sprawling arcade adventure.

Three years later saw the Atari ST version released in 1998, with an Amiga version was planned for release in 1991. Unfortunately, for whatever reason this failed to see the light of day.

This situation looks like it may soon change, as Fairlight's Galahad has been busy working on converting the ST code to run on the Amiga platform. Check out the version 1.0 work in progress footage below.

Along with a link to the above YouTube footage, Galahad commented that;

"The encoder for WInUAE i'm using makes the game look like arse, its 100% stable and the graphics don't look like they are under water.

On Amiga the character moves smoothly, not taking 30 pixel leaps across the screen, oh and you can see everything properly, looks like I applied a Vaseline filter to the output."

I'll post further updates regarding this project as and when they surface. If, in the meantime you'd like to read-up on the progress so far then check out this thread over on the English Amiga Board.
Posted by Rob Hazelby at 11:48 No comments:

From Bedrooms to Billions The Amiga Years

It seems like only two minutes since Nicola and Anthony Caufield's "From Bedrooms to Billions" project, telling the story of the UK video games industry from 1979 to the present day, was finally completed, but already the pair are looking towards their next production.

Entitled "From Bedrooms to Billions The Amiga Years", this newly proposed 90 minute documentary aims to;


"explore the influence of the Commodore Amiga and how it took video game development, music and publishing to a whole new level and changed the video games industry forever!"

As with "From Bedrooms", the "Amiga Years" production is being financed through Kickstarter donations. Check out the promotional video below.


Nicoloa and Anthony's plan is to release the film in January 2016. Clearly this is a much shorter timescale than that taken to produce the original "From Bedrooms" production. Nicola and Anthony explain why this release will appear much sooner than the original did;


"From Bedrooms to Billions took more time due to the huge amount of research, contacting and sourcing of archive and interviewees. However for The Amiga Years! we have a huge head start on that due to how much work has already been done so we aim to film all our new interviews by September 2015 with an intensive post-production of 16 weeks to follow".

For more information, and to sign-up/donate to this project point your web browser over to the "From Bedrooms to Billions The Amiga Years" Kickstarter page.
Posted by Rob Hazelby at 18:13 1 comment: