(I realise this post isn't related to Amiga games, but if it's a success, it could lead to Amiga users meeting up and playing games together on a semi-regular basis).

Following the demise of Commodore back in 1994, the majority of Amiga user groups slowly dwindled in membership, and quietly passed into memory.

The South West Amiga Group (SWAG), which served Amigans based around the Swindon, Bristol and Bath area was no exception. It limped along into the early 2000's before folding due to lack of interest.

Seeing the continued success of the Lincs Amiga Group, English Amiga Board member zerohour1974, recently kicked-off a thread to see if there was any interest in bringing SWAG back to life.

At the time of posting this, four Amiga users based in the South West have expressed an interest, and a venue is being investigated.

If you think this is something you'd be keen to be part of then please respond to THIS thread over on the English Amiga Board.
Posted by Rob Hazelby at 17:49 1 comment: 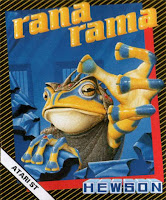 I'll upload further Ranarama related developments to the blog as and when they're announced. In the meantime, if you'd like to follow the chatter for yourself visit THIS LINK over on the English Amiga Board.
Posted by Rob Hazelby at 16:58 1 comment: 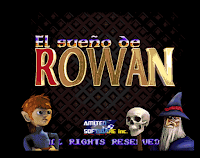 The Amiga had countless side-scrolling platform games released for it during its commercial lifespan, and it would seem that a number of developers feel there's room for at least one more.

Currently under development by Amiten Software is "The Dream of Rowan". Coded in AMOS and AMAL (AMOS Animation Language), the project is, at present, up on Kickstarter and looking for your donations to help reach the EUR 4,000 total.

With EUR 1,741 raised at present, and only four days to go until the Kickstarter ends, the development team have released a work in progress demo version for you to download and try out.

Check out the main Dream of Rowan Kickstarter page HERE for an overview of the project and a summary video, and find the demo download link HERE.

We do hope the Kickstarter manages to reach its target, but with only four days remaining it doesn't look promising.

Hopefully, regardless of whether the Kickstarter is a success, the game will still see a full release. 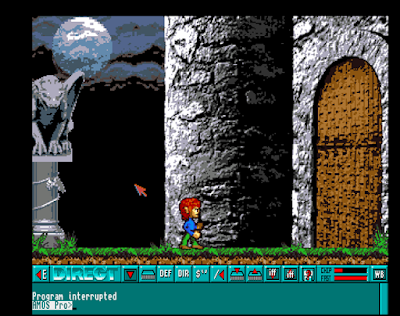 A Roundup of Recent Releases

It's been over three months since I last updated the blog, and for that I must apologise. Once again a busy work and home life has meant that my time dedicated to the Amiga has been limited to playing a few games on my Gotek equipped A500, and rummaging through the excellent Mod Archive.

I'm hoping that in 2016 I'll be able to keep the blog updated on a more regular basis, but if that's not possible I'll post as and when I can. The blog is far from dead. It's just that at times it may go through a quiet spell or two.

So, what's been going on in the Amiga gaming world since I posted way back in September? Here's a brief whistle-stop look at some of the highs over the past three months or so.

Released in the run-up to Christmas 2015, Elves Dreamland is a flip-screen platformer that's been put together using the Jet Set Billy map editor.

The object of the game sounds simple - collect all 200 items to complete the game. Naturally, completing the task will be anything but simple.

With some really lovely colourful graphics, you'd struggle to spot that the Jet Set Billy editor has been used, such is the quality of the mod. Unfortunately, as the game runs the same code as Jet Set Billy, it still features one of the worst jumping mechanics known to man. You have to jump vertically, and then move left or right. It does take a bit of getting used to.

The jumping is my only niggle in what is otherwise is an excellent release.

Finally, if you fancy joining in the chat relating to this recent release, check out this thread over on the English Amiga Board.

As Christmas got closer English Amiga Board moderator, and Amiga games creator Viddi announced that his Zelda-like RPG Tales of Gorluth Part 1, was now free to download.

Rated "The Best Amiga Game of 2014", the free giveaway was a nice Christmas present to the Amiga community, and at the same time a great way to drum up interest and pre-orders for Tales of Gorluth Part 2 (see trailer below).

To download part 1, go to the Tales of Gorluth web site, at http://www.talesofgorluth.de, and while you're there consider purchasing a physical copy of part 1 and pre-ordering part 2.

For more information, please visit the Tales of Gorluth Free Download thread over on the English Amiga Board.

It's not often I cover applications on this blog (I have dedicated a post or two to AMOS many moons ago), but WHDLoad isn't just any application.

For those of you not in the know, WHDLoad gives you the ability to install classic Amiga games to hard drive (even those that weren't originally hard drive installable), apply patches/cheats, and even improve compatibility.

Previous versions have required pay for registration, but as of version 18.2, which was released on the 23rd December, the program no longer requires a keyfile. If the application finds a keyfile on your hard drive it will continue to display your name on the splash screen.

With the application now available for free many in the Amiga community were concerned that this would mean that WHDLoad would cease to be developed. Developer Bert Jahn confirmed over on the Amiga.org web site that; "Development will continue. There are no plans to change anything".

To download the latest version of WHDLoad, head on over to the official web site at http://whdload.de/index.html. If you'd like to join in the thread relating to this latest release, then check out this thread over on the English Amiga Board.

Here's something you don't see every day - a new Amiga release from Japan.

Entitled "Hanafuda", this game uses graphical representations of the Japanese cards of the same name.

The game is beautifully presented, and has been made to look like something you'd stumble upon in a Japanese arcade. Check out the footage below.

I have to admit that despite watching the demo I'm still at a loss as to how the game is actually played. Perhaps you'll have more luck.

For more information and download links, point your web browser over to: http://d.hatena.ne.jp/EXCEED/20151225

Hopefully developer Renya Iizuka will continue to develop games for the Amiga as it's clear that they're a very talented individual.
Posted by Rob Hazelby at 15:41 1 comment: