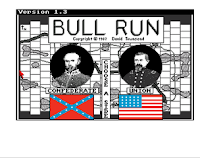 Released way back in 1987, Dave Townsend's Bull Run lets you step into the shoes of the Union or Confederate commanders at the Battle of Bull Run, the first major battle of the American Civil War.

With a modern update now in the works AmigaPD.com have decided it was about time Dave was tracked down and given the APD interview treatment.

The interview is a fascinating read where Dave reveals what attracted him to the Civil War idea, different release versions of the game floating around, how the AI was coded, and much more besides.

To read the review, point your web browser over to the AmigaPD.com web site, and once you're done don't forget to leave a Mencap donation.
Posted by Rob Hazelby at 09:50 No comments:

Solomon's Key Lands on The Amiga!

While it's great to follow the progress of a new Amiga game or port from inception to completion, it's also just as exciting for an Amiga game to land on the platform completely out of the blue.

Solomon's Key is one such title that firmly follows the latter, as earlier today it was not only announced on the English Amiga Board, but a link to the full download was also supplied!

Coming hot on the heels of earlier 21st century ST to Amiga ports such as Gauntlet, IK, Joust and Super Sprint, this is another highly polished title that for one reason or another failed to appear on the Amiga back in the day.

Now, thanks to the efforts of EAB member Asman and with help from Wanted Team, the ST version has been ported over to the Amiga, and with stunning results.

Not content with porting the game over, the conversion team have even gone to the trouble of making everything that bit more authentic by adding an old-skool and very stylish 'crack' intro, which not only looks good, but also features a lovely tune.

So, what's the game like? Well, fans of the arcade original won't be disappointed. Sure, it's not a 100% accurate conversion, but it's extremely well polished. The graphics are lovely and colourful, and sound can be a mix of both music AND sound effects at the same time.

The game supports two button joysticks/pads, with the first button used to create or destroy blocks, and the second to fire spells. It would have been nice if a third button could also have been coded for, as up for jump does make things tricker than they should be.

Those who wish to use keyboard controls are also well catered for, and there's even an option to redefine your own keys should you wish.

Gamers looking to go for high scores will be interested to learn that high scores are saved to disk, making it possible to return to the game at a later date/time in an effort to beat your personal best.

System requirements are fairly small for this title. As long as you have at least 1 meg of chip RAM free you'll be able to enjoy the game in its entirety. If you've got 512k chip and 512k fast RAM sound FX will be disabled.

You can even run this on a bog standard 68000 Amiga, but the game will run a little slow.

Those of you who still have your Amiga set up, or an emulated Amiga and use it for games should certainly consider getting this installed and fired-up on your system. You won't regret it.

Check out the English Amiga Board Solomon's Key thread HERE, and download the DMS file HERE.

My thanks go to the Lemon Amiga Facebook page for the heads-up on this one.

Here's a very quick update to the blog.

In yesterday's blog post I announced the release of a new Amiga platformer "Moebius Goatlizard", and with the news also reaching other web sites via the game's author, interest in the title has increased.

Always one to quickly upload Amiga footage as soon as a new game is released, YouTube user s2325 has just uploaded footage of the game in action. So, if you're not able to or can't be bothered (shame on you!) to get this up and running in your own home you now have a chance to see it... 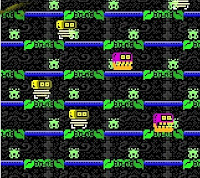 Graham Humphrey of Amiga platformer Downfall, Christian Clarke of AmigaPD.com and myself are working on an article of the 100 best pd games (including Licenceware / shareware / amiga magazine cover disks) and would like some help working out the order to rank them.

Therefore we would really appreciate if you could contribute to our project by voting for your top 30 games from the list below: (we have asked for your top 30 to reduce the chances of 0 votes and games on same number of points, but if you can't stretch to 30 just submit what you can!)

Due to requests from members of the Amiga community the following two games have been added to the list:

They above will replace games which get 0 votes.

If there are any games you've not heard of then visit this link over on the AmigaPD web site, which contains a slideshow of all the games, and a folder where you can download an archive containing all the disk images.

To vote you'll need to be a member of the English Amiga Board. Votes need to be submitted to this thread.

Voting starts now and will close at 23:59 UK time on July 31st. Votes received after this date will not be counted.

After this we'll write up mini reviews of each title and count down to the number one title over the course of a few weeks.

Thanks in advance for all your help.
Posted by Rob Hazelby at 22:30 No comments: 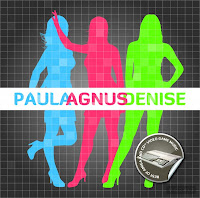 "Paula Agnus Denise" is the name of a new Amiga and CD32 music compilation, due for release this May.

Featuring covers of tracks originally composed by legendary artists such as Chris Huelsbeck, Allister Brimble, Tim Wright, and more, this looks like to be something worth keeping an eye out for.

The album contains a whopping 19 tracks, and will be available to purchase digitally or on CD, which comes with a 12 page booklet.

For more information, including the full track/artists listing and download links, point your web browser over to THIS blog post over on the VG247.com web site.
Posted by Rob Hazelby at 09:00 No comments: 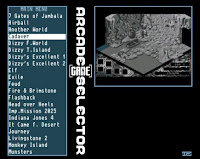 If you're one of the many people who only use their Amiga systems for gaming, then the Arcade Game Selector may be right up your street. Rather than loading up Workbench, you simply switch your Amiga on, and the machine then loads the game selector system up straight from hard drive.

Previously available as an AGA only release, English Amiga Board member tomcat666, has now produced an ECS version of his game selection system, for lower specced Amigas.

Here's the man himself with the details;

As a base I took the OCS version of AGS system that I found on this forum. This version had nice sub-directories handling and a few other enhancements over the original AGS version (and the other enhanced one from lennon)...

I am also including all of my start scripts and pictures for the games so you can set it up quickly.

This one is similar to KGLoad with a few differences - menu is bigger (no cover photo), you can start ANY game from it, not just WHD games!

For more information, including download links to both the AGA and OCS versions of the Arcade Game Selector, check out THIS thread over on the English Amiga Board.
Posted by Rob Hazelby at 08:30 No comments: 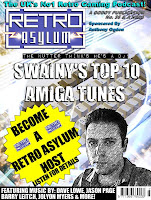 Those of you who are big fans of Amiga game music will definitely want to give episode 35 of the Retro Asylum Podcast a listen. Hosted by the one and only Swainy, this latest show covers the presenter's favourite Amiga game tunes of all time.

Here's the blurb for this latest episode;
"Our resident Cockney nutter has returned to take you back to the early 90′s as he play’s his personal favourite top 10 Commodore Amiga tunes from games that he has played on the system.

Also, discover how to join the Retro Asylum team of hosts and there are more details on the UK’s biggest retro event this year. So, sit back and enjoy some real classic tunes chosen by the UK’s No1 Retro Gaming Podcast!"

For more information, and for links enabling you to stream the podcast from the site or to subscribe to the show via iTunes, point your web browser over to: