Although busy working on his Dizzy-like-adventure "Dylan The Spaceman", Chris Clarke has taken time out from developing this game to begin work on a side-scrolling shoot-em-up, provisionally titled "Kingdoms of Steam".


"As well as a Dizzy Game Maker - Reality also has a horizontal Shoot Em up creator - had a quick look at this, using some background tiles from the Dylan the Spaceman game and some quickly drawn Steel Empire type / inspired sprites, I have a working demo level - perhaps this will be included as a bonus game with the CD release of Dylan the Spaceman.

The Shoot em up construction kit isn't as good as the Dizzy game maker but better than SEUCK - the only two major flaws are - no in game music - an the enemy and background tiles are limited to 16 colours - whilst the main player ship can use a different 16. Also you can't change the speed of the scrolling."

Check out the screenshots below... 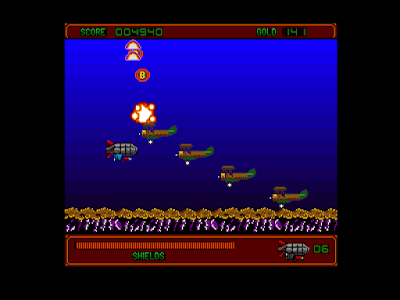 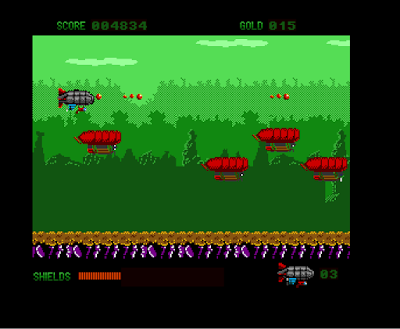 All being well, Chris hopes for a two level demo to be released towards the end of June, at which point he'll continue to work on completing "Dylan The Spaceman". If there's enough interest in "Kingdoms of Steam" Chris says he would work on turning this into a full three level game.

Chris has been kind enough to send me a beta release of the game, which, if I get time this weekend I'll fire up on the trusty A1200 tower and try out.

In the meantime, you can keep up-to-date on all things "Dylan" and "Kingdoms of Steam" related by visiting Chris' Amiga PD Facebook Group.