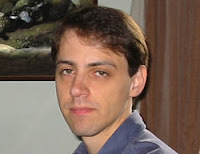 Allister Brimble must surely rank as one of the most prolific Amiga musicians, having churned out tracks for companies such as Codemasters, Team 17 and Audiogenic, to name but a few.

With a catalogue of tracks as long as your arm, Allister recently announced, via Facebook, that he was thinking about putting together and releasing a double CD album of his most famous Amiga compositions.

"The idea for my new album is "Allister Brimble - The Amiga works", spread across 2 CD's. Rico Holmes will make the cover artwork. All tracks would be the very best quality remakes and remixes with my current studio technology.

Here are my initial proposed options on kickstarter:

$20.00 or more download the finished (2 CD equivalent) album as high quality mp3s, including a digital PDF booklet.
$40.00 or more - You get the limited edition album 2 CD Box set, numbered and signed.
$50.00 or more - All of the above and a poster of the cover artwork by Rico Holmes

I would guess add $10.00 for postage to outside the UK like Chris Huelsbeck did.

Feedback welcome before I actually put it up".

Feedback from the fanbase came thick and fast, with people not only suggesting what tracks they'd like to see featured, but also requesting high quality FLAC downloads, and an introduction from Team 17's Martyn Brown and Andreas Tadic.

In fact, such was the response from fans, that it looks like Allister will be getting this project underway very shortly...

(Blog thumbnail image taken from the Allister Brimble entry on the ExoticA web site)
Posted by Rob Hazelby at 09:00