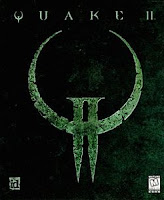 In the final few days of 2012 I reported that NovaCoder was busy working on an AGA port of the legendary first person shooter, Quake 2. Well, it would seem that work is still underway on this ambitious but exciting project, as a YouTube clip from the beta 5 version of the game has just been uploaded to the video sharing web site.

The video doesn't demonstrate any wandering around rooms or corridors, but does show how well things work when the player attempts to look up, down and around their current location.

The test hardware is an Amiga 1200 with 75mhz Blizzard accelerator, which I'm assuming is an 060.

You can see beta 5 in action below;


As soon as I hear any further news regarding this project I'll let you know via the blog.
Posted by Rob Hazelby at 09:00