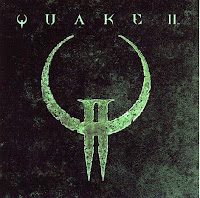 Clearly making the most of the Christmas break, English Amiga board member NovaCoder, has just announced that he's working on yet another amazing project.

This time the coding wizard has decided to set his sights on converting the legendary Quake 2 over to AGA systems. It may sound difficult to believe, so here's the man himself to explain;

"Another day, another port

This is the daddy and that I've wanted to port for ages, after porting both DOOM and Quake I thought it was about time I gave it a bash.

Based on the awesome Yamagi Quake 2 Port

Yamagi Quake II is an enhanced client for id Software's Quake II. The main focus is an unchanged single player experience like back in 1997, thus the gameplay and the graphics are unaltered.

Over 1000 bugs were fixed and an extensive code audit done, making Yamagi Quake II one of the most solid Quake II implementations available.

Other than most ports Yamagi Quake II is full 64 bit clean, so it works perfectly on modern 64 bit processors and operating systems.

Yamagi Quake II is supported on FreeBSD, Linux, and Windows (XP or higher) and AmigaOS 3.

Just got it running on my virtual Miggy.

Hopefully it will be a 2013 release (I'm a little bit busy at the moment though)".

If you'd like to follow the development of Quake 2 AGA, point your browser over to http://eab.abime.net/showthread.php?t=67125
Posted by Rob Hazelby at 10:48