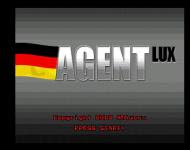 Created with game development package Backbone, the YouTube trailer released back in August proudly boasted that this was the most advanced game to be created with the (sadly no longer supported) suite.

Now, after months of work, the full game has finally been released, and is available to download from the Amiworx web site.

As I've yet to find time to install and play the game on my Amiga, I'm unable to give you much of a first hand opinion of the title. The YouTube footage (see below) is all I've got to go on at the moment, and from that I'd say it looks like a fun NES style title. Please note that this footage was taken back in August from an in-development version, and may not represent the quality of the final release.


I'm hoping to get this up and running on my machine in the next few days, and will be posting up a short review once I've had time to try it out. In the meantime, if you'd like to try the game out for yourself simply point your web browser at: http://www.amiworx.de/agentlux.html

Edit: If you downloaded the game when I originally posted this you may be interested to learn that a new version is now available. Version 1.1 removes a few filename bugs and corrects the spelling of Island to "Iceland". The download location is the same as before.
Posted by Rob Hazelby at 16:40