DOSBOX Coming to The Amiga? 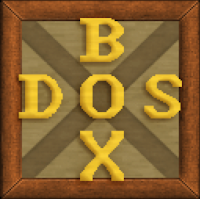 (This is a slightly updated version of my original article, as I accidentally attributed Novacoder's work to another member of the English Amiga Board. My thanks go to rockersuke for pointing this out, and my apologies to Novacoder!)

He's worked wonders converting ScummVM over to the Amiga, bringing many previously unavailable point-and-click adventures over to the platform.

Now it looks like Novacoder's decided to set his sights on yet another conversion project, this time it's the almighty DOSBOX.

For those of you not in the know, DOSBOX is basically an x86 emulator, allowing you to run classic DOS games and utilities on modern systems. The emulator has already been ported to numerous platforms including Windows, BeOS, Linux and MacOS X. Now it's the Amiga's turn.

Needs lots of work to get it running well on AGA but at least it's a start.

Not sure how fast I can make it yet, I'm thinking of getting a talented assembler coder to knock up a 68k core which should help.


It may be early days, but as you can see from the screenshot below much progress has already been made. 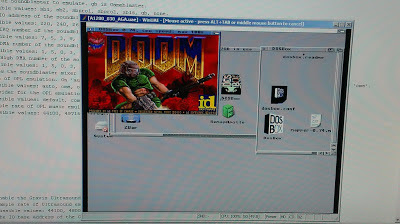 (DOSBox Amiga in all its glory)

If the project reaches fruition this promises to bring hundreds of titles (albeit, in an emulated form) over to the Amiga platform, that for one reason or another failed to be converted back in the day.

As always, I'll bring you more news on this as and when it happens.
Posted by Rob Hazelby at 13:51